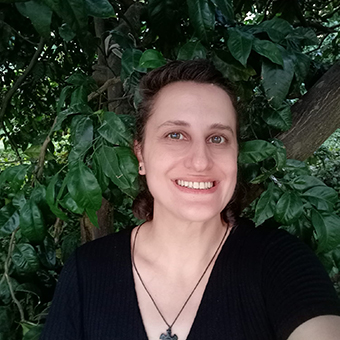 Fatma Genç was born in Rize-Pazar. She completed her undergraduate education at Istanbul University, Faculty of Political Sciences, Department of Public Administration. As a child of a teacher family, she has lived in many cities since her childhood, but she never left Ardeşen and her roots, where she went to time of picking tea. She grew up with the cherry laurel, pear, cherry and all natural richness and greenery of the Eastern Black Sea Region during her childhood spent in the treetops and tea fields. She defines herself as the sum of vast, wide, winding greenery as part of nature that she remembers and takes for granted. And follows the ancient knowledge of the Eastern Black Sea Region and his own essence through what his grandfather and grandmother told and taught. As part of this effort, she completed her master's thesis titled Tea Production in Turkey and Changing Social Relations, in which she deals with tea, which is identified with the green of the geography she was born in. She writes and thinks about tea based on what she has learned on the axis of tea, which she looks at through her effort to make sense of her own life. It produces on the axis of social relations shaped by tea as an object/commodity. With the enthusiasm of carrying out this state of mind and excitement in a collective way, she carries out with the Gola Culture, Art and Ecology Association.