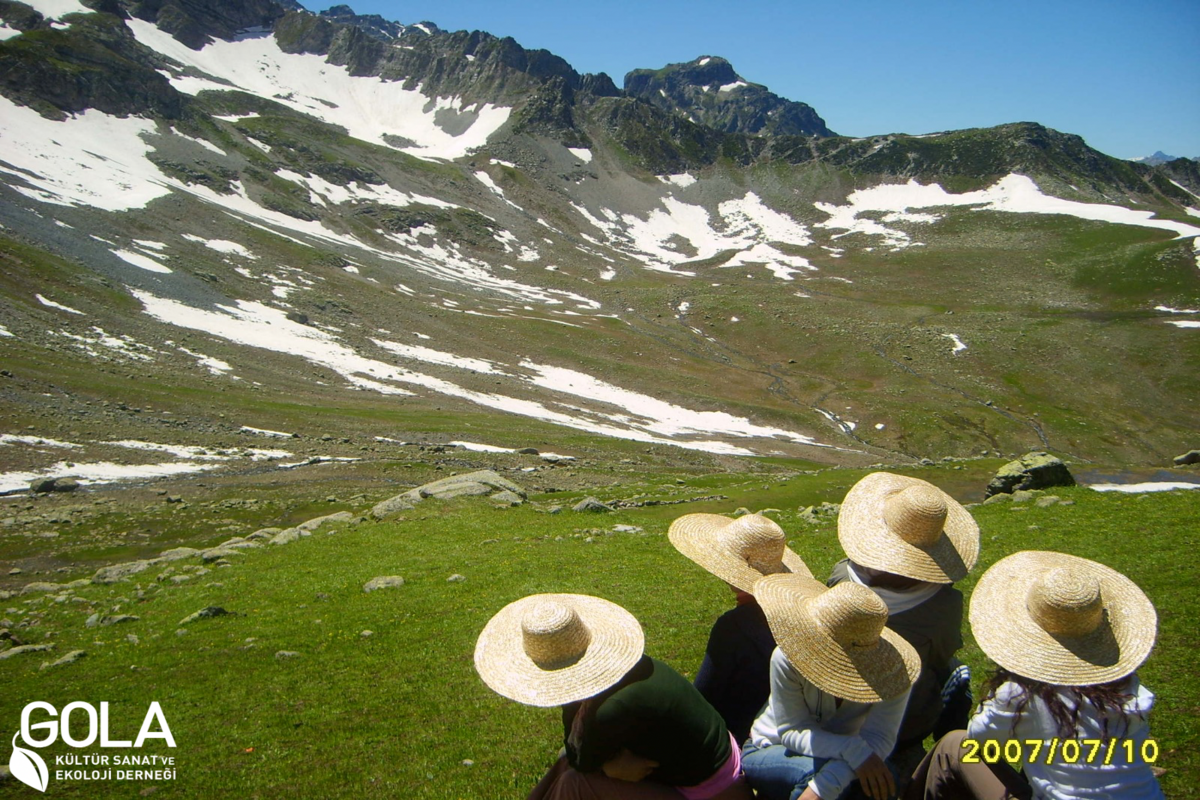 Every spring in the eastern Black Sea, when the “autumn crocus” bloomed, a hike to the high mountains would begin. These flowers used to say that it was time for the villagers who had clinged to life in a difficult geography during the winter, to emigrate to the plateau and to attain abundance because these flowers...

The people of the village who were going to migrate would start the road preparations early in the morning. Everyone was attentive. Animals that spent all winter in barns were decorated with colorful tassels, beads, and fresh flowers before going to their free-roaming places. After the preparations that took place in the rush of a feast morning, everyone in the village would start to travel at the same time, so that the animals that reached the highland pastures in the front would not reduce the food of those who came behind...

Along the way, people walked with backpipes, singing the road weather. Playing horon and having fun with folk songs at the break points were an expression of being together and integrating. These distances, which sometimes lasted for days and were covered on foot, actually included many troubles and dangers. Despite the weather conditions, difficult roads and predators, the highland migration would cheer up the roads with its many feelings of hope.

Traditional transhumance in the Eastern Black Sea Region is now a longing memory… Migration routes do not have the old excitement and joy.