The first steps of the Gola Laz Folk Songs Children's Choir were taken by S. Refika Kadıoğlu at the end of 2004 in order to make Laz children living in Istanbul love and adopt Laz language and to create their familiarity with Laz sounds. The work, in which the artist first started to sing songs in Lazca with her nephews, continued on its way in a choir with twenty young people and children from different age groups, upon the interest it received in a short time. The choir work, which bears the responsibility of leaving Laz melodies for future generations, worked with a repertoire of traditional Laz folk melodies, mostly sung accompanied by a tulum and a kemençe.

Birol Topaloğlu and music teacher Gülin Bayraktar contributed to the works between 2004-2008, which we can call the first period of the Gola Children's Choir.

The only male member of the youth choir was today's well-known young artist Emre Pehlivanlar. Emre accompanied his friends on vocals as well as kemençe and tulum.

We started in 2005 with great enthusiasm and excitement; We still remember the first excitement of the Gola Children's and Youth Choir, which we continue with our children, who are today's youth.

Again on the roof of the Gola Association, with S. Refika Kadıoğlu, the founder and conductor of the choir, in the autumn of 2012; We started the Gola Children's Choir again with the babies and unborn of that period... Musician Emre Pehlivanlar accompanied the choir works. Şina Topaloğlu, Evro İnce, Arsima Keskin, Bahar Purki Bul, Liva Sargın, Tanura Keskin, İrday Keskin took part in the second term choir, consisting of children aged 5-8. This tiny choir took the stage both in nature in Ardeşen and before the Kardes Folk Songs group in Arhavi Performance Center (AGM) as part of the 8th Green Yayla Culture, Art and Environment Festival in 2013.

The choir took the stage at the Nazım Hikmet Cultural Center on June 8, 2014.

S. Refika Kadıoğlu, with the motivation of the choir's continuity and local revival, attended the classes of 6th grade students who chose the elective course in Arhavi Cumhuriyet Primary School and conducted studies accompanied by Laz songs. 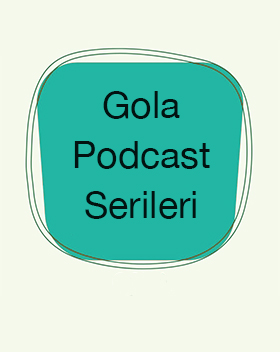 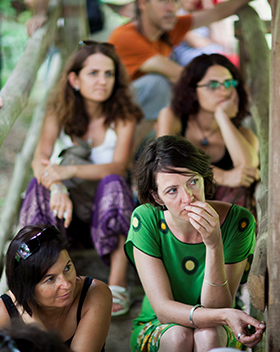